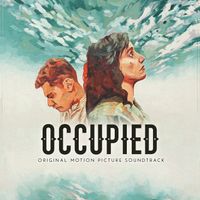 We're celebrating the release of Occupied's official soundtrack on the 20th Oct! Please join us in Candie Museum for a screening of the short film, followed by refreshments and a live performance of Sarnia Cherie from Kiya Ashton. This event is also a great opportunity to chat to the minds behind the film and soundtrack!

"Occupied is an emotional story about how war affects people. ...this is a remarkable achievement that had a great deal of work and dedication put into it." ~ UKFilmReview

"The aim of Occupied is to authentically capture the desperate situation guernsey's residents were in following the tragic 1940 White rock bombing, while not losing sight of the island's beauty and what makes us love our home. It was vital for us to capture these conflicting tones using the soundtrack." ~ Alex Bates, Film Writer/Director

CDs are available to purchase on the night and in the future at the museum shop and on various streaming platforms, including Spotify, Apple Music, iTunes, YouTube Music, Amazon Music, and much more.

Original Motion Picture Soundtrack composed/arranged by Joseph Collier. The release of Occupied and its soundtrack would not have been possible without the kind support and sponsorship from Guernsey Arts, Clameur Du Cinema, Thinking on Your Feet and Gnet Radio.